What is IPTV? How does IPTV work?

You came home tired of work. You want to sit and watch some TV and relax. However, you could not find a program to watch. Although you can choose and navigate between channels, what you can watch is very limited and you can only watch what you catch during the broadcast unless you pre-recorded the programs. Wouldn’t it be better if watching TV was something like browsing the Web, in which case you could choose the program you want to watch. This is one of the promises of IPTV (Internet Protocol Television), which uses internet technology to deliver TV programs “on demand”. How does this system work? What benefits does it bring us? What challenges will broadcasters and telephone companies face to deliver these new services?

From a TV watcher’s point of view, IPTV actually works very simply. Instead of receiving TV programs with broadcast signals coming to your home with a rooftop antenna, satellite dish or fiber optic cable, you stream them through an internet connection (such as videos that you download from the internet and can play almost simultaneously). Your internet connection speed of up to 10 Mbps probably will not be enough. You will be able to watch with an internet speed between 10 and 100 Mbps. You can watch TV programs on your computer or on your TV with a set-top box. This box acts as a kind of adapter between your internet connection and your existing television receiver, allowing you to view internet programs on your TV by analyzing the incoming signals. From a broadcaster or telephone company perspective, IPTV is a bit more complex.

You need an advanced storage system for all the videos you want to use and a web-style interface that allows people to choose the programs they want. Once a viewer chooses a program, you can encode the video file in a suitable format for streaming, encrypt it (so that only payers can decrypt it), place ads (especially in free programs), and from one person to (potentially) thousands or millions of people simultaneously on the Internet. There is a lot of work to be done, such as sending something, making the transfer. You also need to calculate how to do this to ensure a consistently high-quality video transmission.

IPTV is generally offered in three different types. It’s called video on demand (VOD: video on demand), which is the first kind and a system you’ve probably already used. With a service like Netflix (an online TV show or movie site), you choose a TV show, show or movie you want to watch, pay for it and watch it. A different type of IPTV is offered by some of the world’s more enterprising TV broadcasters.

In the UK, the BBC (British Broadcasting Corporation) is bringing last week’s programs online using a web-based video player called BBC iPlayer. This type of service is sometimes called time-shifted IPTV because you’re watching ordinary, scheduled broadcasts at a time convenient for you. The third type of IPTV requires streaming live TV programs over the internet; Therefore, it is also called live IPTV or IP simulation broadcasts. All three forms of IPTV can work using your computer with a regular web browser or, for better quality, using a set-top box and a regular digital TV. All three can work either over the public internet or over a private network that basically works the same way (for example your phone and your internet service provider).

Traditional TV broadcasting means one-way multi-communication of information, but combining television and video with the Internet offers the possibility to provide a much more interactive experience in which information flows in both directions. So far we have seen people being able to simultaneously vote for the people they like in TV talent or song competitions, but in the future where TV shows are broadcast online, we can expect much more participation in the shows we watch. Instead of talking to a live audience of several hundred people in a studio, a presenter will be able to speak to a live audience of thousands or millions who can send instant feedback.

How Does IPTV Work?

With conventional TV, programs are broadcast by converting into radio waves and sent from the air to a rooftop antenna in the house. The antenna converts the waves back into electrical signals, and your TV set decodes them to produce sound and images. So how does IPTV work? Live programs are streamed as they are broadcast, but pre-recorded programs and movies must be stored on demand so that they can be selected and streamed.

Some VOD services limit the number of programs they provide because of insufficient storage space, but this is a way of limiting their service’s overall bandwidth and impact on the internet. For example, if the BBC had every program ever produced on the iPlayer it was using, a significant portion of the UK’s entire internet bandwidth would potentially slow down the network or any other net traffic by streaming television series and shows. First, the TV program (pre-recorded or captured live with a video camera) must be converted into a digital format that can be delivered as a package using internet protocol.

Sometimes the original program will already be in digital format; sometimes it will be in the form of a standard analog TV picture (known as SD format) that needs an extra processing (analog to digital conversion) to convert to digital format. Videos must be compressed (made into smaller files) with applicable bandwidth restrictions. Thus, they ensure smooth flow without buffering (the receiver may create periodic delays while generating incoming packets).

In practice it means that programs are encoded in MPEG2 or MPEG4 format. MPEG4 is a new video compression format that provides much better quality image transmission at similar bandwidth. It uses half the bandwidth of MPEG2 compression technique that transmits SD streams. After the process is complete, the ads must be added and the information must be encrypted. When you browse a website, you create a temporary link between the two computers; thus one “pulls” information from the other. Your computer (client) pulls information from another, usually a much more powerful computer (server), by connecting directly to an IP address corresponding to the website you want to look at.

It makes a short and intermittent conversation between the client and the server, where the client requests the files from the server to generate the page you are looking for. Servers are generally very fast and powerful, so many clients can download information at the same time with little latency. This is a one-to-one IP connection. It is known as single point IP connection form. However, when it comes to video streams (while video programs play the incoming stream while downloading them), the clients place a much greater and simultaneous load on the server which causes unacceptable lags and buffering. So, with the stream, a different type of download known as IP multicast is used, where each packet leaves the server only once but is sent to many different locations at the same time; theoretically, this means that a server can send information to many clients as easily as with a single client.

Thus, if all 1000 people are watching the World Cup final simultaneously over the internet, there will be a single stream of video packets sent from the server simultaneously to 1000 customers using IP multicast. If the same TV provider simultaneously offers a series of episodes and some of the 1000 people decide to “switch channels” to watch it, they will effectively switch from one IP multicast group to another and start receiving a different video stream. The geographic locations of internet servers around the world make it difficult to serve users in different countries equally. This is why IPTV providers use world-class networks that are frequently synchronized on servers known as content delivery networks (CDNs), which keep copies of the same data; so people in the United States get it from the server in California, while people in Europe get it from Frankfurt.

When you stream a program, you are not downloading it like a regular file. Instead, you’re downloading a file, playing it at the same time, and getting the next stage of the file ready to download in a second or two. None of the files are stored for very long. The video streaming process works because your computer (client) and the computer receiving data from the server are also agreed to do things like this. The Internet successfully connects computers all over the world because all likewise agree to talk to each other using pre-prepared technical procedures called protocols. Simultaneous downloading of video streaming, such as Real-Time Protocol (RTP: Real-Time Protocol) and Real-Time Streaming Protocol (RTSP) and protocols adapted for playback. Multicast streaming involves using the IP Group Membership Protocol (IPGP), which allows a server to broadcast to members of a group of customers (effectively many people watch the same TV channel) in multicast streaming.

Anyone with a computer and broadband internet connection can watch IPTV, but most of us don’t want to watch television on a laptop. Therefore, the future of IPTV decodes the signal with set-top boxes that receive information from your internet connection (via an Ethernet cable or Wi-Fi) and uses high-quality and widescreen TVs to view the video. Set-top boxes are efficient standalone computers programmed to do one thing. They take the video streaming packets, decode them, convert them back to video files (MPEG2, MPEG4, or whatever format they originally were) and then transmit them to a high-quality TV screen. It is predicted that the television technology of the future will be largely composed of IPTVs.

There is no reason why IPTVs should not become widespread as a result of the development of internet technologies, the provision of wider bandwidth and the increase in speed. It seems very interesting to be able to watch the program, series, movie you want whenever you want and make them in high quality. With this technology, which has become widespread in our country, it is quite enjoyable to be able to do it with a single button on your remote instead of downloading the episodes you missed from the internet and connecting to your smart TV with a USB and watching them.

SEE ALSO: What is an Smart Parking System? How does it work? 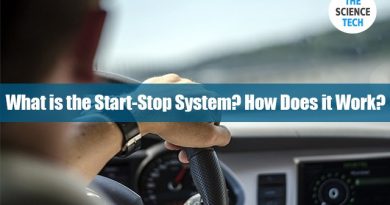 What is the Start-Stop System? How Does it Work? 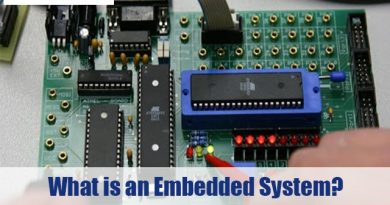 What is an Embedded System?

Why Do We Dream?

What is Yttrium? History, Features

What is Ovarian Apoplexy? Causes, Symptoms?

Why is the Unknown in Mathematics Called X?

What are the Differences Between Gasoline and Diesel Engine?

What is Eddy Current? Where to use?

When to Change Vehicle Engine Oil?