What is a Capacitor (Capacitance)?

A capacitor is an important electrical and electronic circuit element formed by placing an insulating material between two metal layers using the ability of electrons to store the electrical charge in the electric field. Insulators placed between the conductors are called dielectrics. Depending on the type of dielectric material used (air, mica, electrolytic, etc.), the capacitors have different names.

SEE ALSO: What is Arduino UNO? Features and Application

The conductors that make up the capacitor are called the plates of the capacitor. A simple capacitor consists of the insulating insulation layer between the two conductive plates. Capacitor capacity unit is called Farad and is indicated by the letter C. At the same time, the electric potential of a conductor is always stable.

Q is the electric charge and the unit is expressed by the coulomb. V represents the potential. In this case, we will see that Capacity C is the Coulomb / Volt.

Due to the insulation layer, the current can not flow through the capacitor. The capacitor is continuously charged. For this reason, the capacitors are very suitable for storing charge. The physical size of the capacitors depends on the operating voltages and the amount of charge they can store. However, they are basically manufactured in two different types. These are polar (electrolyte) and non-polar condensers.

We often hear capacitors. Actually, it’s like we explained above. You can think of different expressions of the same expressions. The charge storage capacity of a capacitor is called capacitance and is indicated by the letter C as described above. Farad is the unit of capacitance.

Farad is defined as the amount of charge stored per volt. In general terms;

The capacitors at Farad are used to support uninterruptible power supplies (UPS) connected to computer memory. However, much smaller capacitances are needed in many electronic circuits. The units used in most capacitors are; Microfarad, nanofarad and picofarad. They are used to convert between AC / DC, electrical load storage, reactive power control, data loss prevention, and all of the integrated electronic circuits are exposed as an indispensable circuit element. 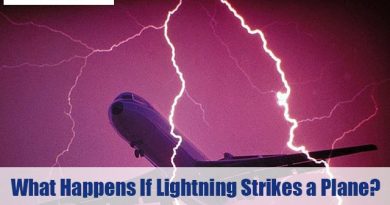 What Happens If Lightning Strikes a Plane? 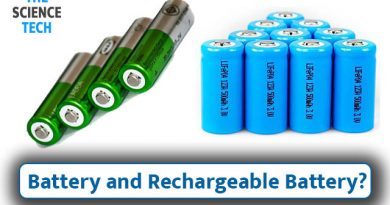 What is Demodex? Causes, Symptoms, and Treatment

Technologies That Have Entered Our Lives With NASA

Artificial Intelligence Predicts Your Risk of Alzheimer’s with 99% Accuracy

What is Potential Energy?

Dark DNA: How Genes in DNA Could Be Missing